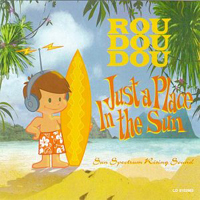 Sorry but this interview a french conversation 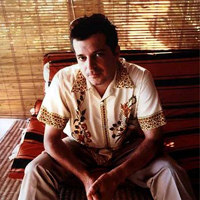 From his myspace page you can read : Roudoudou first started to play with tapes and sounds in 1981 when free radios were comin thru. Until 1985 he will have his own daily radio show Tout l’Univers aired on Radio Nova : an eclectic program as indicated in the program title, done with lots of cut-ups on Revox tapes. This very same year he joins the French band Oui Oui as a singer, meeting old friends Etienne Charry & Michel Gondry for several concerts. He still performs as dee-jay no longer on radios, but for Parisian parties. Feeling more comfortable being hidden behind turntables rather than being in front of a mike, he lets the band going its own destiny without him and continues to perform as a dee-jay until the early 90s. Music is then in full evolution and Roudoudou exchanges his old Revox recorder for an Atari computer and a sampler. He starts again to play with cut-ups at home and is invited on various compilations. He gets a record deal with Delabel (Virgin) in 1996. Two albums will be released.Tout l’Univers his debut album published in 1998, contains the now standard Peace & Tranquillity to Earth which is picked as the main theme for a cult documentary on France football team called Les yeux dans les bleus. A second album Just A Place in the Sun is released in 2001 two years later. Following the trip-hop and electropical sounds of his first two albums, Original Soundcrack is conceived as a digest going from sixties sound to todays sound, with a much more oriented pop trend. Several musicians are featured on this project: Mako (Etienne Daho, Elli Medeiros) Christophe Disco Minck (Philippe Katherine, M, Helena Noguera) Cyril Aveque (General Electrics, Vercoquin) Fred Carrayol (Superkable) and Ben Ricour. On the end, a full instrumental set where you can feel lightness and energy, humor and melancholy, modern sounds and nostalgia. An unlikely weird jam session, where you can meet Brian Wilson, Syd Barrett, Roger Roger, Money Mark, under the super guidance of John Barry or Henry Mancini. An imaginary O.S.T, without pop-corns unfortunately !!! 2 LP’s are following, then after 3 years silence, a new piece born in 2006 for the label Number9 records. 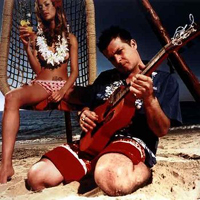 Cybotron, which one are you ?

A trip to : Mendocino