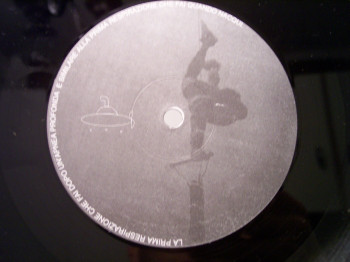 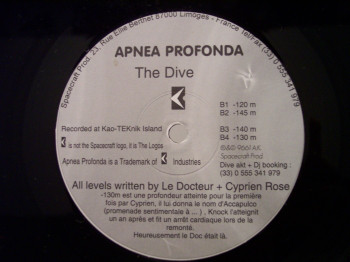 Apnea Profonda is the fruit of a subaqua encounter in 1994, during a journey to « Acapulco », with their common friend « Knock », Stanley Meyerson and Cyprien rose met themselves, and deep divers always push their limits… -130m is a deepness first time reached by Cyprien Rose, Knock reached this point too one year later, but had a syncope going back to surface, then a cardiac stop. Hopefully Stanley Meyerson was there. Then, they decided to tell their adventures in music…

This piece is special to me, because it’s my first EP, not the first one I bought but the one I’ve created alongside my dear friend Stanley Meyerson, Aka Le Docteur ! Get it @ your closest local record store, or on discogs.

Giorgio Moroder – From Here To Eternity

Grandmaster Flash / Melle Mel & Duke BooteeLet's get back to the roots