Fela, the afrobeat’s godfather once said : “Music is the weapon of the futur”. He has died of AIDS-related reasons and heart failure. Before his death, Fela refused treatment for his deteriorating health. He rejected both Western and traditional Nigerian medical services insisting it was on grounds of “principle.” According to Leonard Nzenwa Jr. and Olagboyega Bello, efforts are being made by Fela’s family to release Fela’s eight unreleased compositions, while Fela’s 77 albums with 133 songs would be on compact discs. This release, originally released 1980, put together on wax 2 big artist Fela & Roy Ayers.

Get it @ your closest local record store, or on discogs. 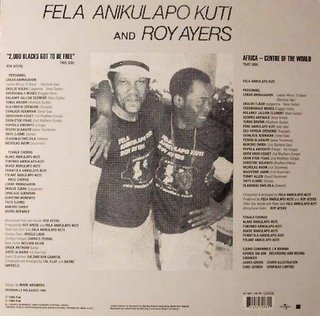 From Here To Eternity ? What a journey !

Is it possible to live in several universes by being