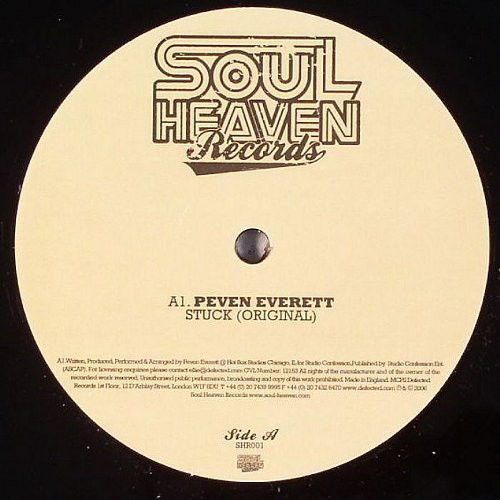 Peven Everett,was born and raised in Harvey, IL. He grew up listening to Gospel, Jazz, Soul, and African rhythms. At 17, he moved to New York and got his first job at Carnegie Hall. Betty Carter recognized his talent, for the next 4 years she continued to work with him. Then, in the mid 90s he went to perform on the road with the likes of Wynton and Branford Marsalis (Buckshot LeFonque). In 1996, he left New York for his hometown, and since then, he has been working on music, non-stop…

His catalog includes classic house songs “Gabriel” and “Watch them Come”, which helped usher in the UK Garage movement. He writes, creates, produces, and arranges all his music, and he cites Sidney Poitier, Miles Davis, Michael Jordan, and John Lennon as some of his inspirations and influences.

Peven Everett signs Soul Heaven Records’s first release in 2006. I don’t play it as much as I used to do, but I still sometimes take it in my DJ bag, I love the energy there, very sensual, warm and danceable.

Beats International - Dub Is Good to Me

The beginning in the recognition of bossa nova

Blaze – We All Must Live Together